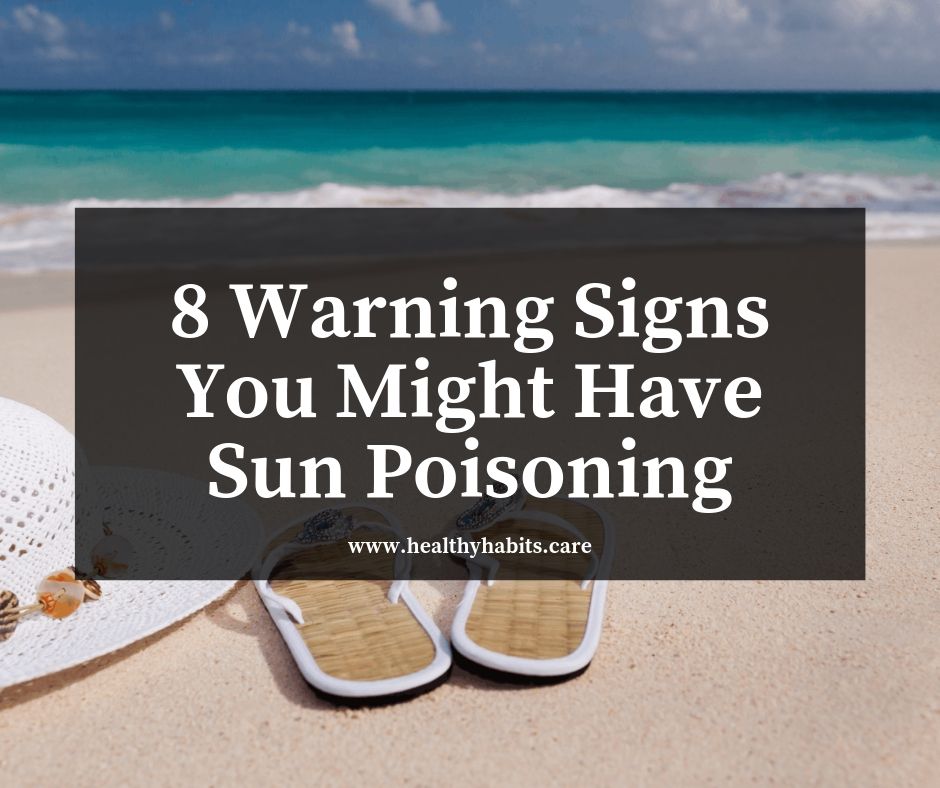 Sun poisoning is a severe sunburn that brings flu-like side effects alongside standard sunburn symptoms. It doesn’t mean you’ve actually been poisoned by the sun. You might not know that you have sun poisoning right away because sometimes symptoms don’t show for hours.

However, it only takes 15 minutes for the sun to fry your skin – even if you’re wearing sunscreen. Although most people recover on their own, you might want to see a doctor.

If you stay out in the sun too long, you turn red because the UV rays penetrate beyond what the level of melanin in your skin is able to block. Your skin might feel warm with minor discomfort, or it could feel as if it’s literally so hot it’s on fire and every time the fabric of your shirt grazes you in the slightest bit it may as well be 1,000 needles pricking and prodding you to no foreseeable end.

A typical sunburn injures the top layer of skin, causing redness, irritation and potentially light peeling days later. However, sun poisoning can cause a second-degree burn that does deeper dermis damage, increasing your risk of developing skin cancer and melanoma. One unfortunate side effect to a second degree burn is painful blistering, which takes up to 24 hours to develop and seven days to heal, though scars could stay visible for six months to a year.

Hives or a rash

Those who are especially sensitive to the sun might develop sun rash, also known as polymorphic light eruption, which looks like a dense patch of itchy red bumps. People are more likely to get them during the spring and early summer on parts of the body that were covered during the winter. Episodes are less likely to occur as warmer months progress.

Prolonged sun exposure can also lead to dehydration, which is why it’s really important to drink extra water when it’s hot out. The effects of dehydration can be grueling, like constipation, dry skin, irritability, rapid heartbeat and more.

A common side effect of too much sun (and dehydration) is a pounding headache. An over-the-counter medication like ibuprofen or acetaminophen could help relieve the pain.

Inflammation is the body’s response to injury. Specifically, white blood cells are released to affected areas to protect them from bacteria and other foreign matter. This reaction increases blood flow so when skin is damaged by the sun, it will likely start to swell.

Although the sun makes you nice and warm when you’re basking in it, you could experience agonizing flu-like symptoms in the aftermath, including fever. This is when your body temperature rises in response to illness. A fever of 102 degrees Fahrenheit or more is cause for concern.

Another flu-like symptom that goes hand in hand with sun poisoning is the chills. Even though your skin is warm to the touch, you might feel cold and begin to shiver.