Scratching your head over bruises you don’t remember getting? Maybe you find yourself wondering, Why do I bruise so easily?

Bruising occurs when blood vessels burst and leak blood under the skin’s surface. It’s usually due to an injury to muscle and connective tissue. Pooled blood forms an ugly blemish that changes color and gradually fades away as the collected blood gets reabsorbed into the body.

Sometimes these black-and-blue marks pop up with little or no provocation, although clinicians say there’s usually a perfectly good explanation or a treatable underlying cause.

“If it bothers you–if it recurs or it occurs and you can’t explain it and you’re concerned, or you have a family history of a problem–then you should see somebody,” advises Margaret Ragni, MD, MPH, professor of medicine at the University of Pittsburgh and director of the Hemophilia Center of Western Pennsylvania.

Here are some common reasons that you may be bruising easily–and what you can do about it.

Whether you’re a competitive soccer player or a weekend warrior, you’re bound to get bumps and bruises if you come into contact with other athletes or gear at the gym. It’s not a big deal unless “you’re worried about how your legs look while you’re out on the beach,” Dr. Ragni reasons. “But if you don’t really care, I don’t think it’s going to hurt you to have a bruise here or there.”

Minor bruises don’t require treatment. For significant bruising due to a fall, jam, or blow, try the classic RICE method: rest, ice, compression (by wrapping the injury), and elevation (lifting the injury to a level above the heart). This will help reduce bleeding, pain, and swelling.

Older folks’ bodies don’t bounce back from injury like those of younger adults, so even a minor bump or grab on the arm can leave a bruise.

“As we age, our skin and blood vessels become more fragile; we lose collagen, elastin, and some of the subcutaneous fat that cushions and protects our small blood vessels,” explains Suzanne Friedler, MD, a dermatologist at Advanced Dermatology PC in Manhattan.

For a fresh injury, try the RICE method. “It may initially help a bruise from worsening, but it rarely has a benefit on a bruise after the first 24 hours,” Dr. Friedler says. “After that time, heat can sometimes help the bruise clear up faster.”

Your skin is sun damaged

Many years of sun exposure can weaken blood vessel walls, contributing to a type of bruising in older adults known as “actinic purpura” or “senile purpura”–unsightly purple patches that occur on the backs of the hands and forearms without much of a bump or injury. (Aging and use of certain medications can also cause these bruises.)

The American Osteopathic College of Dermatology says topical creams containing retinol or alpha-hydroxy acid may be useful in reducing the appearance of these bruises, while wearing long sleeves and avoiding trauma to the hands and arms may help prevent bruising in the first place. And, it’s another reason to become a lifelong user of sun protection!

Taking the blood thinner warfarin or using nonsteroidal anti-inflammatory drugs (NSAIDs) like aspirin and ibuprofen can lead to easy bruising, especially in older folks who are frequent users of these medicines.

NSAIDs and blood thinners block the normal function of platelets, a component of blood that binds to other clotting factors to stop bleeding, explains Dr. Ragni, who is also a spokesperson for the American Society of Hematology. While popping a pill now and then probably won’t cause a bruising problem, long-term use could be the reason you’re bruising easily.

Consult your doctor before stopping any medication.

Do you have asthma, COPD, eczema, or rheumatoid arthitis? Easy bruising may be a sign that you’re taking corticosteroids, a common treatment for these and other diseases.

Whether you’re using an inhaler, taking pills, or applying a topical version of these powerful anti-inflammatory drugs, bruising is a common side effect. Long-term use, especially at more potent doses, can cause skin thinning.

If bruising is an issue, talk to your doctor about whether to stick with your medication regimen or switch to another drug.

Your blood platelet count is low

If bruises seem to appear for no reason, it could signal you were born with a platelet disorder. Platelets are crucial because they help form clots to slow or halt bleeding.

“You can either have an insufficient number of platelets, or your platelets don’t work normally,” Dr. Ragni says.

It’s rare, but pregnant women may develop thrombocytopenia, a low platelet condition, and one of the first signs can be a bruise. “That’s the sort of thing a hematologist could help you sort out,” she says.

You have bleeding disorder

Bruising in and of itself may not be a big deal. But when it’s accompanied by other symptoms, like heavy periods, nosebleeds, or excessive bleeding after surgery, then you might suspect something more than just accidental bruising. “It’s the company it keeps, the frequency that it occurs, even the severity by which it occurs,” Dr. Ragni explains.

The most common bleeding disorder, called von Willebrand disease, is a genetic condition caused by a missing or defective clotting protein, according to the National Hemophilia Foundation. It affects up to 1% of the population.

People with bleeding disorders require specialized treatment, beginning with a thorough evaluation by a hematologist.

Your liver is hurting

If your liver is diseased or damaged, there may be fewer platelets circulating in your blood than you need for normal blood clotting, and that can cause you to bruise easily, Dr. Ragni says. Many things can cause liver damage, from hepatitis C infection to alcohol-related liver disease.

You could even have a liver disease and a bleeding disorder. “You want to have a very thorough evaluation to make sure you’re not just attributing [bruising] to drinking and liver disease when it may be something else entirely,” Dr. Ragni says.

You could have blood cancer

Easy bruising could be a sign of blood cancers such as leukemia or lymphoma if it occurs with other signs of illness. These cancers cause many different symptoms, including fatigue, swollen lymph nodes, and bone or joint pain. Find a hematologist who can evaluate your symptoms. 6 Reasons You Have Bad Breath

You shouldn’t ignore bad breath. What you eat and drink can cause halitosis. Foods are absorbed into your bloodstream and move to the lungs, affecting the air your exhale. Brushing 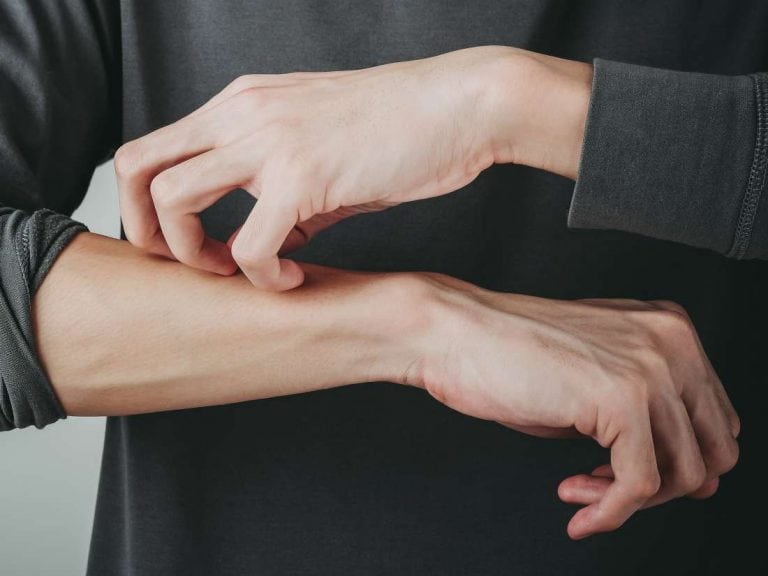 Everyone has bad habits they want to break, but instead of scorning yourself for being helpless to break them, use the fundamentals of forming habits to your advantage. Habits, good 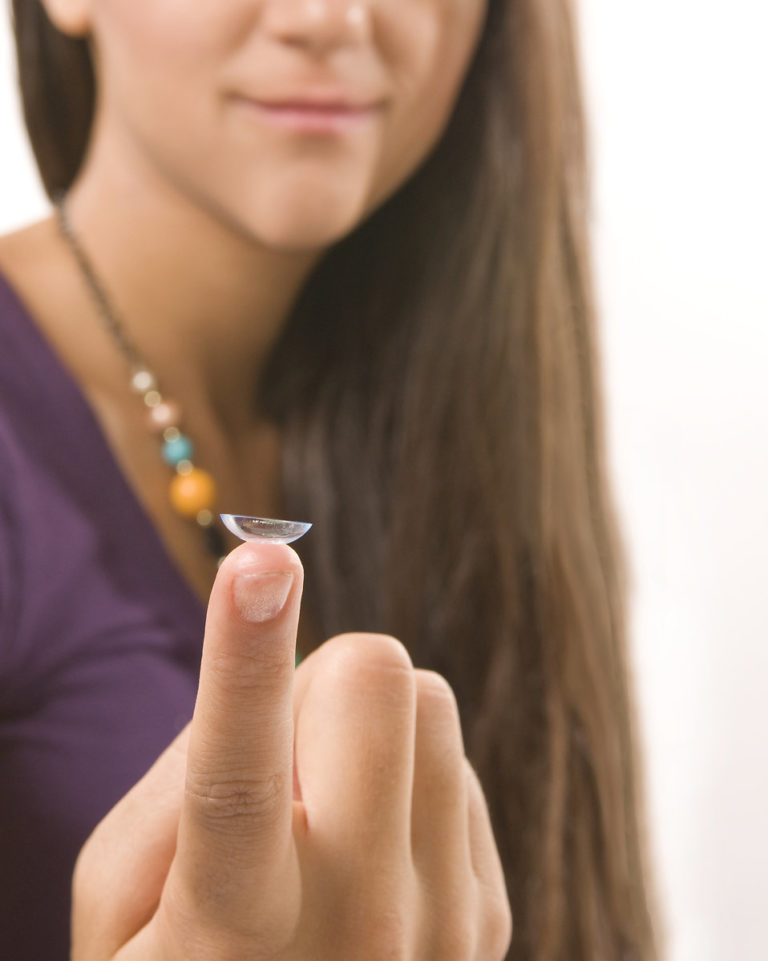 These Are the Signs of a Serious Eye Infection

Pink eye is the most common type of eye infection, but sometimes it can be difficult to tell if it’s something more. While some infections like pink eye can resolve 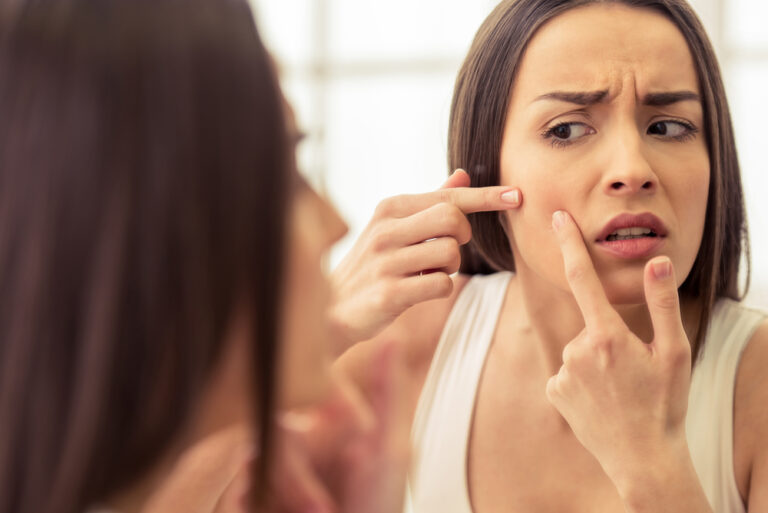 Just like any other disorder, skin conditions can be manifested by various symptoms that act differently from person to person, and their intensity can be mild or more severe, painless, 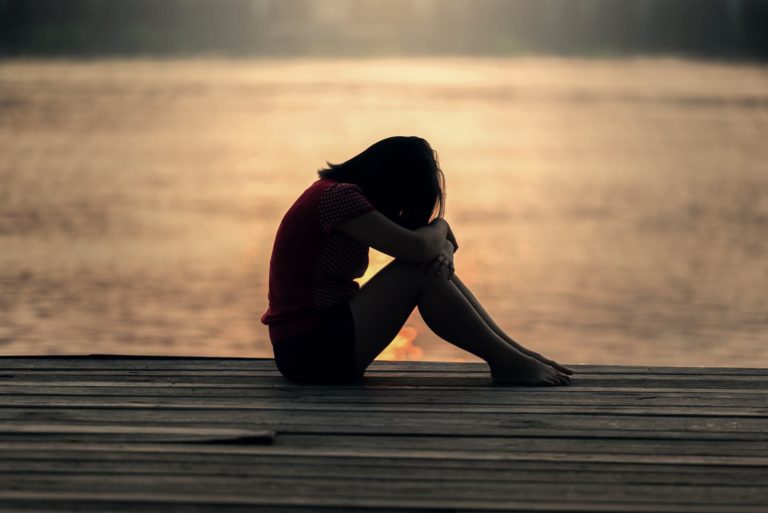 Due to variations in genes, anatomy, and hormone levels, some diseases attack women more often than men, and vice-versa. If you’re a woman, you should be aware of your increased 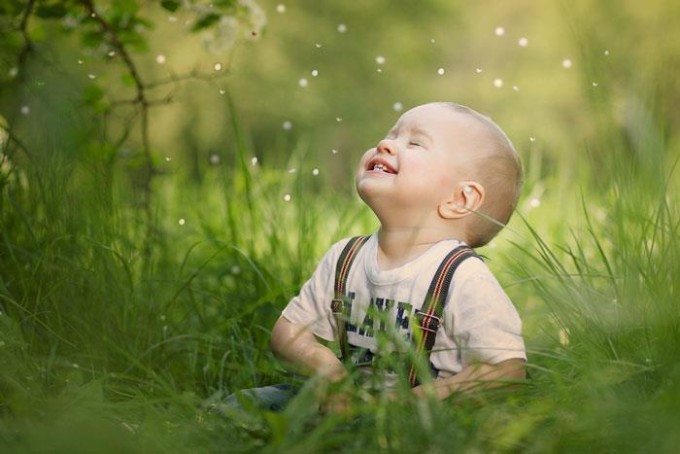 This Guide Reveals What Your Children Will Look Like

Whether you’re eager to see your own child for the first time or you’re expecting grandchildren, you are surely wondering what the baby will look like. Well, here are a 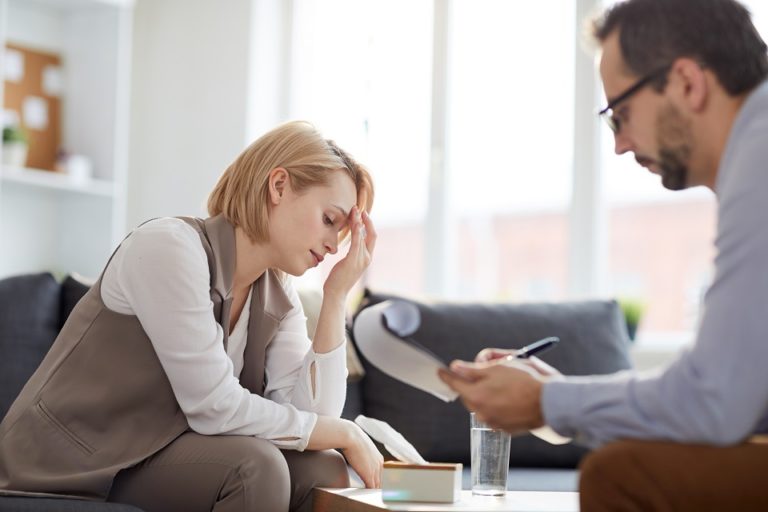 The term “mental health” is often used in reference to conditions such as depression, anxiety, post-traumatic stress disorder (PTSD) and schizophrenia. But actually, “mental health” refers to our overall emotional, 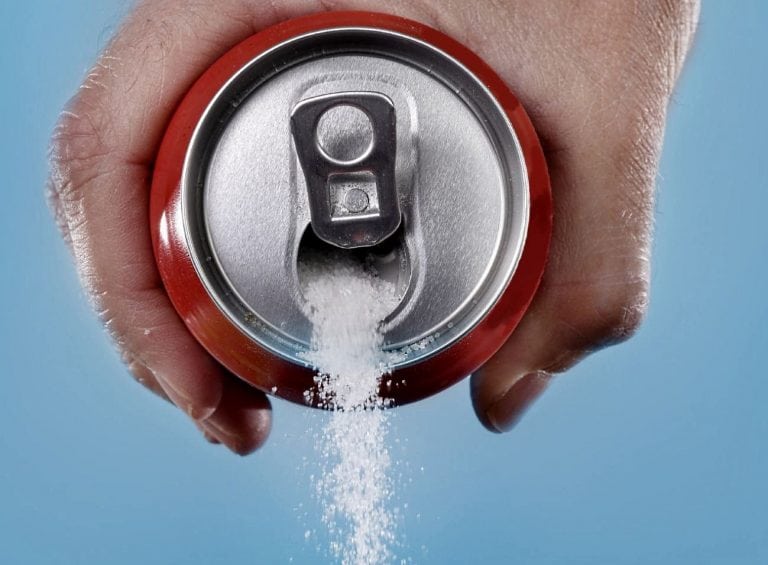 Sugar consumption is a major cause of many chronic diseases and obesity. Unfortunately, many people are tempted to consume processed foods for meals and snacks and since these products contain

Certain medical conditions can cause your hands and feet to always feel chilled. As anyone who has worked in a shared office space can tell you, people have different body 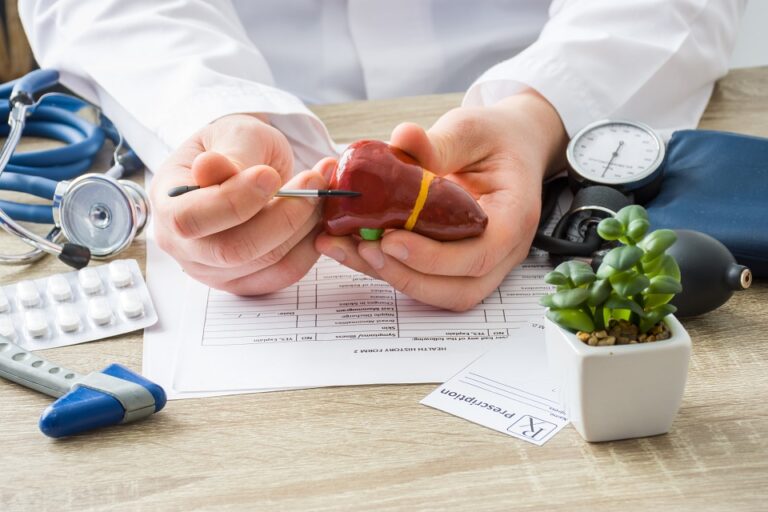 In 2020 alone, roughly 1.8 million people were diagnosed with cancer in our country. Up until now, there are nearly 622,213 deaths from COVID-19, so that’s clearly something to think 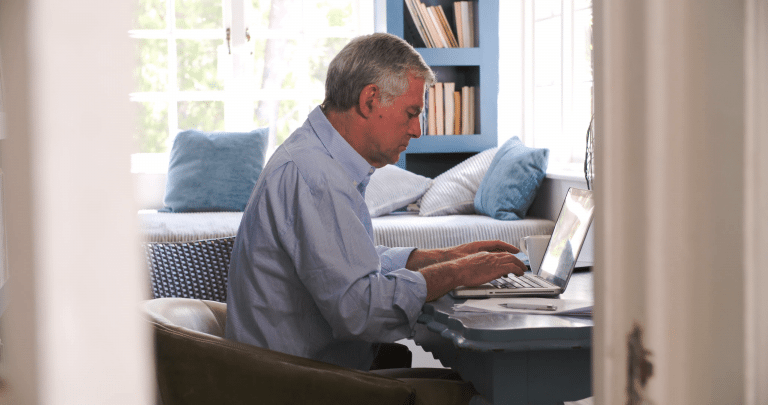 7 Bad Habits Your Doc Recommends You to Quit

Everyday habits have a huge effect on our lives. We realized that some of them are really bad for our health, but we are used to do some dangerous habits 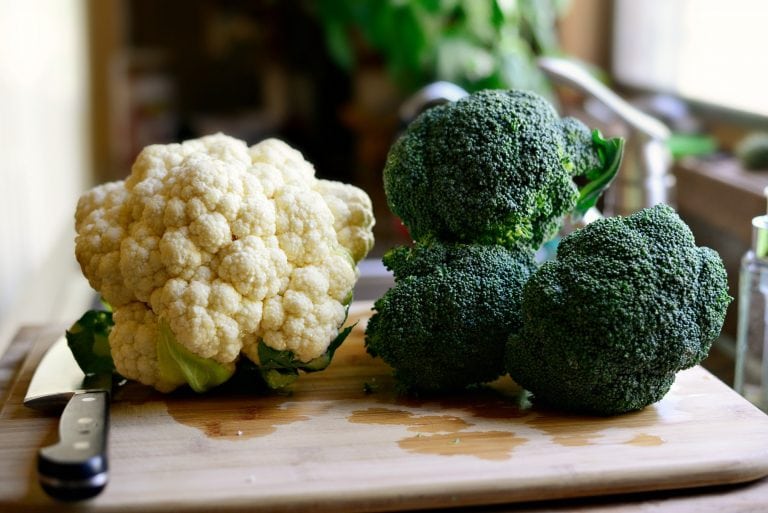 Common Habits to Have a Healthier Thyroid

According to the American Thyroid Association, about 20 million Americans have a thyroid condition—and of those 20 million, a staggering 60 percent aren’t aware of it. The hormones that are 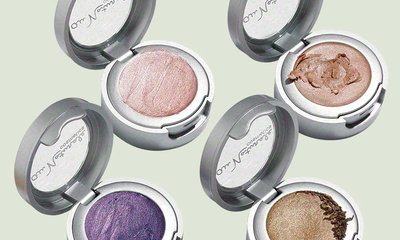 Tarte Gifted Amazonian Clay Smart Mascara ($21) “This mascara adds volume without flaking or clumping. And it doesn’t irritate my eyes, thanks to its lightweight mineral pigments.” —Kimberly Snyder, a 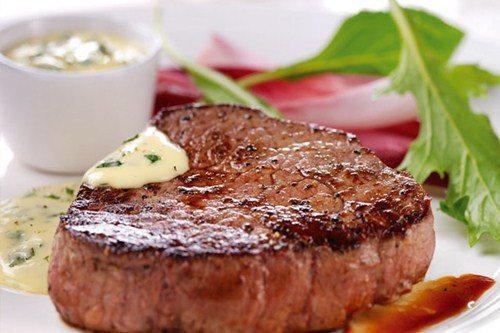