9 Things People Get Wrong About PTSD 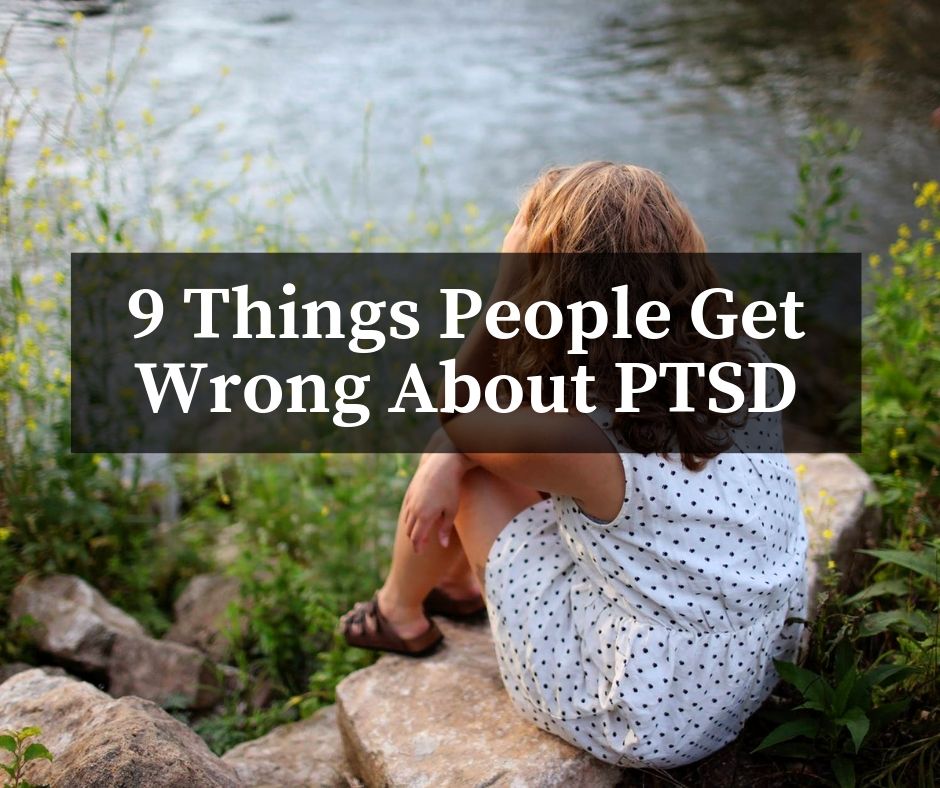 Post-traumatic stress disorder is much more common than many of us may think. Data suggest an estimated 70% of American adults have experienced some type of traumatic event throughout their lifetimes, and up to 20% of these people will go on to develop PTSD as a result.

However, just because it’s prevalent doesn’t mean it’s inherently understood. For those who don’t have the condition, it’s hard to picture what it’s like or why it can be so debilitating. That can lead to a lot of misconceptions about the illness.

Here’s what everyone should keep in mind about the condition:

Myth: PTSD affects only people in the military.

Many people link PTSD to the aftermath of soldiers being in war. In reality, the mental health condition can stem from any distressing event, including natural disasters, serious road accidents, terrorist attacks, sexual assault and mass shootings, explained Vonnie Nealon, the clinical director at Warriors Heart, a PTSD and addiction treatment center in Bandera, Texas, for military veterans and first responders. PTSD can also occur after a serious or life-threatening health issue.

“While vets can have a very life-altering form of PTSD, there are so many types of trauma,” added Lauren Doud, a Cincinnati, Ohio, resident who has lived with PTSD since 2013. Doud had preeclampsia and HELLP syndrome, two pregnancy-related health conditions, and nearly died. She also lost her son. She then developed the mental health condition after her experience.

“When I was diagnosed, I remember thinking that only military vets had that. But my doctor said that it could be triggered by any traumatizing experience and that just one of these experiences separately could cause PTSD,” Doud, 34, said. “I had three traumatic events ― a near death, an emergency delivery … and I lost my baby. When I heard this, I felt validated.”

Myth: You can’t live a normal life with PTSD.

Many people with PTSD still manage work and personal lives while also managing the condition. “I have a job, a family and a great support network,” said Becky Beach, 37, who still lives with PTSD following an abusive relationship in 2001.

Beach said she still deals with the effects of PTSD regularly; having a healthy, fulfilling life and dealing with the condition’s symptoms are not mutually exclusive. “I startle very easily if someone says my name loudly or if I hear a loud noise. It makes me go into a panic attack and can be difficult for me to calm down,” she explained.

But Beach has found coping mechanisms that help her to continue on in her day as a mom and a blogger. “I purchased noise-canceling earphones to wear while I work. I sleep with a weighted blanket, which helps to reduce anxiety, and I do meditation every morning to relieve my stress and anxiety,” she said.

Myth: Everyone experiences PTSD in the same way.

Even if the traumatic experience was similar between two people, what one person goes through with PTSD will be different from another’s. Ben Johnson, a former military paramedic in Carson City, Nevada, noted that people he served with had a vast array of personal triggers, which included being away from family, feeling exhausted and working in very hostile conditions.

“A lot of my training was to ‘run towards the danger’ because that’s where the injured patients would be. Often in crowds, I find myself scanning the crowd for a potential threat or for any dangerous situation to intervene. It’s exhausting to always look for danger,” Johnson, 37, said.

He added that he may misunderstand a kid screaming from joy as fear or pain, or think a car door slam is a blast or gunshot. What’s considered normal to some people can become sensory overload for him.

And it’s not just triggers: Treatment plans are very individualistic as well. “People think that there’s a one-size-fits-all fix for everyone, but that’s not the case,” Johnson said.

This idea is a major misconception, saidMary Joye, a counselor in Winter Haven, Florida. The majority of people with PTSD don’t want to “go off on you or anyone else ― nor do they wish to cause themselves self-harm,” Joye said.

Myth: Protecting someone with PTSD from a trigger is beneficial.

Loved ones of those with PTSD often feel the need to save the day and shelter people from potential triggers. While this is done with the best of intentions, it’s not always helpful for those living with the condition.

“If you avoid your triggers, you may only be exacerbating your problems. It’s much more important that you don’t let the perpetrator take anything else from you,” explained Alison Nichols, a marketing manager based in the United Kingdom who lives with PTSD. “It’s much more important that you find a way to live with what happened and to enjoy everything you always have.”

Myth: If someone appears healthy, they’re probably over their PTSD.

Kendra Liedle, a television assistant location manager and coordinator in Los Angeles, said many people falsely assume that because she appears happy, she’s moved on from her trauma.

The reality is PTSD is not easy to solve, and there is no timeline for recovery. Liedle, who developed PTSD following the need for multiple brain surgeries, said she’s still dealing with the aftermath ― even if it’s not obvious.

“In my particular case … people think I’m all healed because they can’t see the physical scars from surgery, which are covered by my hair. I’m back to what looks like my former life. However, many of my residual issues are ‘invisible,’ and I include PTSD in that,” Liedle, 42, said.

“From the outside looking in, I look totally healed,” she added. “However, after any major life event, affected individuals struggling with PTSD ― including myself ― are triggered by the emotional and mental issues that the brain associates with the traumatic event and the belief that life can never be the same as it was before the traumatic event.”

It’s popular now to use the phrase “triggered” to mean offended or outraged to the point of losing control. But triggers are much more complex than that, explained Gina Ibarra, a 49-year-old writer in Las Vegas.

“It’s a process of the subconscious mind. When the original violent incident happened, a primitive level of my brain did what it needed to do to stay alive. It associated certain people, places and events with the possibility of imminent death,” she said. “Now when one of those things comes up, my brain pulls the sensations it associated with the event out of the memory vault and says, ‘Hey, remember me?’ It’s meant to propel me into fight, fright or flight so I’ll stay alive. I’m not in danger anymore, but my brain still does it anyway. I’m just wired that way now.”

People who have suffered trauma can be triggered by stimuli that remind them of the inciting event, and it doesn’t always have to be something major. For instance, you don’t have to hear gunshots to be taken back to the scene of a crime that you witnessed.

“Not just the trauma itself, but anything that was happening at the time that may consciously or unconsciously remind them of the event,” said Michael Genovese, chief medical officer of Acadia Healthcare in Nashville.

He added that a trigger might be witnessing something violent, but it also can be something more subtle, like the color of the sweater someone was wearing, the smell of food that was cooking or the sound of a song that was playing on the radio.

“It can be much more debilitating than many imagine,” he explained.

Myth: PTSD shows up right after a traumatic event.

The thought that PTSD happens directly after the trauma that caused it is not always true.

“Friends, family and the public in general aren’t aware that it can be way after the situation later that a person will experience the symptoms ― especially if they’ve compartmentalized their feelings or hidden them,” said Mike Robinson, founder of the Global Cannabinoid Research Center in Santa Barbara, California, and someone who lives with PTSD.

“If an individual, like myself, has PTSD from a wreck that also caused physical injuries, then their symptoms will likely be worsened by the ongoing treatment of the injuries or the disability that may have been caused by it, either physical or mental,” Robinson, 53, said.

1 thought on “9 Things People Get Wrong About PTSD” 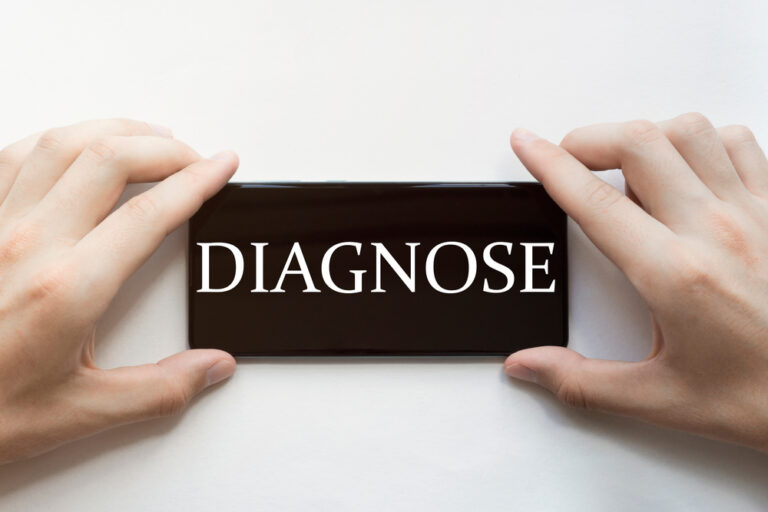