Avoid These Foods and Drinks If You Have an Overactive Bladder! 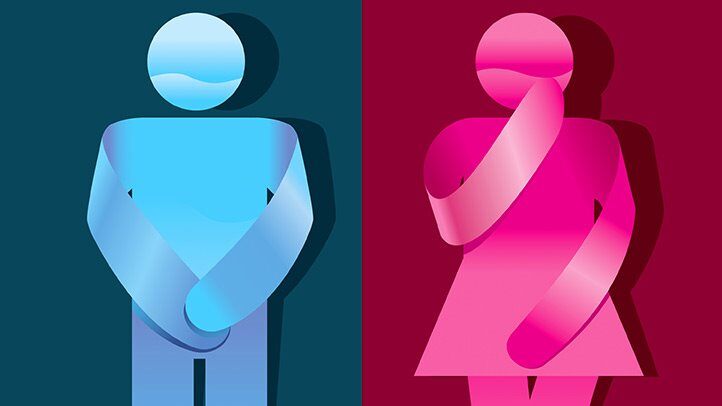 Did you know that 40 percent of women experience overactive bladders? “Take five women in a room and two of them are affected,” says Rupa Kitchens, MD, urologist at Urology Centers of Alabama. “And about 25 percent of men,” she adds. In total, about 33 million adults in the U.S. suffer from an overactive bladder.

Here’s the thing: An overactive bladder affects more than just how many times you’re running to the restroom. “It affects everything,” says Kitchens. From work productivity (how can you sit at your desk and get through a task if you’re constantly getting up to go to the bathroom?) to sexual health.

In one study, women with overactive bladders reported it hindered function, frequency, and satisfaction in the bedroom—a triple whammy. And that can take a toll on a romantic relationship. There’s a mental health component, too. “It predisposes people to depression because if someone is constantly wet, they don’t want to leave the house. So people stay home and avoid activities, they stick to the same routines like the grocery store because they know where the bathroom is,” says Kitchens. “In my opinion, the only thing worse is stool leakage.”

Turns out, some of your favorite guilty pleasures could be exacerbating the issue. In other words, what you eat and drink impacts your bladder in more ways than just filling it up. And, in fact, your habits now can impact your incontinence—or lack thereof—later in life.

Here are the five foods and drinks to avoid if you have an overactive bladder!

This includes lemonade; orange, grapefruit, and pineapple juices; and citrus fruits such as lemons and limes. The acid in them can irritate your urinary tract lining, including your bladder. For some people, tomatoes (which are acidic) can also be problematic. The good news? You don’t have to eliminate citrus altogether. It’s about moderation—Kitchens says a glass of lemonade once a month is fine.

Coffee is a common offender because it can full of caffeine (and we Americans love our coffee). Not only will coffee make you urinate more often (it’s a diuretic), but caffeine also may have an “excitatory effect” on the smooth muscle that lines your bladder. Don’t drink coffee? Be mindful of the caffeine in tea, sodas, chocolate, and energy drinks.

These are on the no-no list because of both their caffeine and carbonation. Why exactly carbonation is an issue isn’t fully known, but one of the largest published studies that looked at women and urinary incontinence identified drinking carbonated drinks as one of the top three diet and lifestyle factors (obesity and smoking were the other two) associated with the onset of overactive bladder symptoms.

Faux sugars found in “sugar-free” foods and candy, as well as diet sodas, can sometimes bother people, but, according to Kitchens, less so. That said, in one small study Diet Coke and caffeine-free Coke irritated participants more so than classic Coke and plain carbonated water. And then there’s an animal study that suggests artificial sweeteners may cause the smooth muscle that lines your bladder to contract more.

Not only does it make you pee more (just like caffeine, it’s a diuretic), but some doctors advise against drinking too much alcohol as they believe it can irritate the lining of your urinary tract. Though the research is still not conclusive when it comes to nixing alcohol if you have an overactive bladder, the anecdotal evidence (and MD advice) is fairly strong.