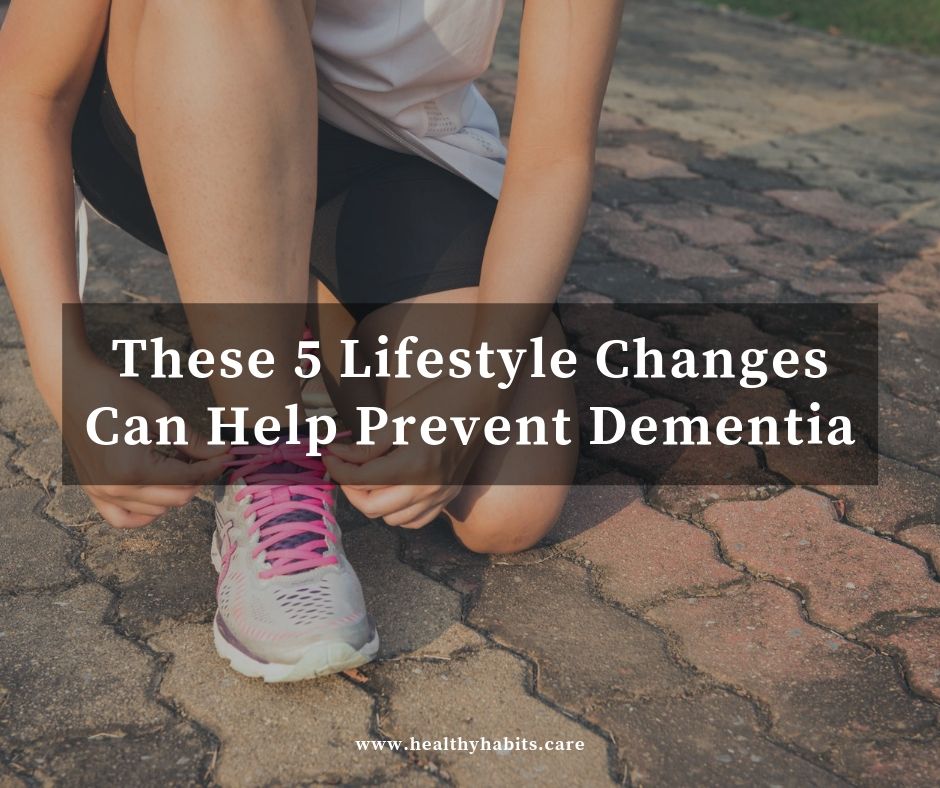 Dementia is a terrifying disease that affects 50 million people worldwide. And unfortunately, there is no cure for it, which is why prevention is so crucial.

The World Health Organization (WHO) released its first guidelines to reduce the risk of dementia globally. “In the next 30 years, the number of people with dementia is expected to triple,” WHO Director-General Tedros Adhanom Ghebreyesus said in a statement. “We need to do everything we can to reduce our risk of dementia. The scientific evidence gathered for these guidelines confirm what we have suspected for some time, that what is good for our heart, is also good for our brain.”

The guidelines, which come in the form of a 78-page report, spells out what the organization thinks will and won’t help reduce a person’s risk of developing dementia.

“It is exciting to see a major organization recognize that the collective scientific and clinical evidence is now strong enough to formally recommend adopting healthy lifestyle habits for brain health,” says David A. Merrill, MD, PhD, a neurologist and geriatric psychiatrist at Providence Saint John’s Health Center in Santa Monica, Calif. “We have observed this anecdotally for a number of years in a clinical setting.”

What are the signs of dementia?

Dementia is an umbrella term used to describe the loss of cognitive functioning, like thinking, remembering, and reasoning, as well as behavioral abilities that interferes with a person’s daily life and activities, according to the National Institute on Aging. The signs of dementia may include trouble with memory, language skills, visual perception, problem solving, self-management, and the ability to focus and pay attention.

There are many types of dementia, including Alzheimer’s disease, frontotemporal disorders, and vascular dementia. While dementia is more common as people get older, it’s not a normal part of aging and can even be fatal.

Lifestyle factors are important, according to the WHO report, which recommends that people do the following to lower their risk of developing dementia:

There tends to be a consistently lower risk of dementia when someone drinks moderately, but the risk goes up as you drink more. “It may be due to toxicity to brain cells,” says Jason Karlawish, MD, co-director of the Penn Memory Center. The WHO recommends drinking at a “non-harmful level,” which is having up to one drink a day for women and up to two drinks a day for men, according to the Dietary Guidelines for Americans.

High levels of activity seem to be the most protective, the WHO says. Currently, the U.S. Department of Health and Human Services recommends getting 150 minutes or more of physical activity a week.

“Tobacco dependence is the leading cause of preventable death globally,” the WHO report states. Not only does tobacco use increase your risk of heart disease and cancer, but studies show that it can lead to cognitive decline, directly impacting your brain health.

A high blood pressure (aka a reading that is 140 or higher over 90 or higher, per the American Heart Association) has been linked to a greater dementia risk.

Having high blood pressure and being overweight have also been linked to heart disease, spiking your dementia risk, Dr. Karlawish says. The WHO specifically recommends maintaining a BMI under 25.