These Medications Can Cause Weight Gain 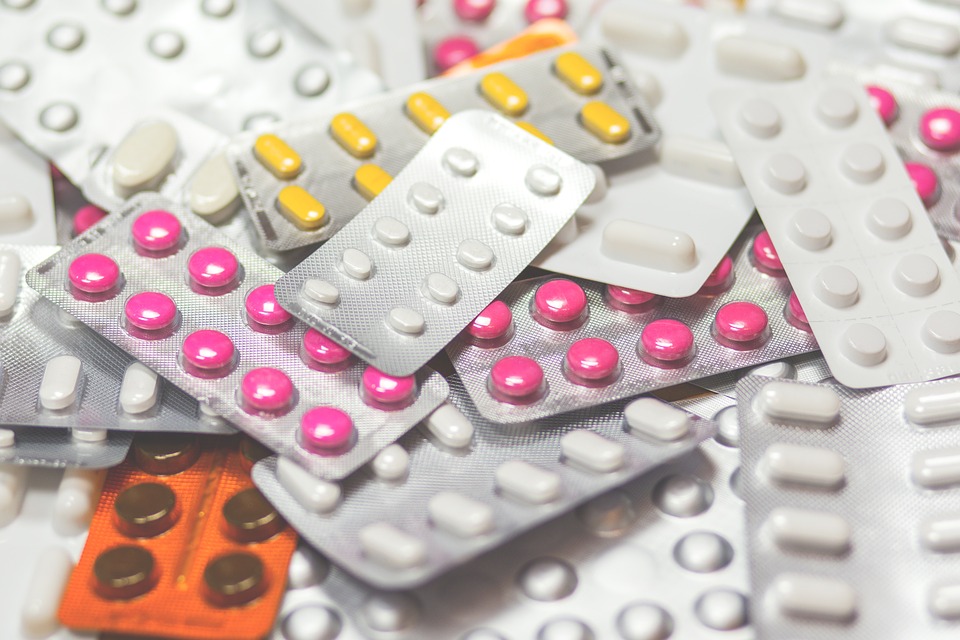 When your doctor puts you on a prescription medication, reading the list of potential side effects can be daunting. While it may be tempting to ignore that fine print completely—after all, the benefits of being on the medicine will likely outweigh the possible negatives—experts agree it’s important to know what you might face.

“There are certain medications that are known to cause weight gain, but that doesn’t mean that if you take one of them, gaining weight is inevitable,” says Prudence Hall, MD, an integrative gynecologist at the Hall Center in Santa Monica, CA. “If you know the medicine you’re on may cause you to pack on the pounds, you can take steps to prevent that from happening.”

Shilpi Agarwal, MD, a board-certified family physician in Washington, D.C., agrees. “My biggest recommendation is to make sure you get an accurate starting weight before you even fill the prescription, and once you start taking it, check your weight again in two weeks,” she says.

“A lot of people gain weight without even realizing it, and if you don’t catch it until you’re six weeks in, that could mean you’re up 10 or more pounds.”

Dr. Agarwal says selective serotonin reuptake inhibitors (SSRIs)—such as Prozac, Zoloft, and Paxil—are some of the biggest weight-gain offenders. Why? SSRIs work by blocking a receptor in the brain that reabsorbs serotonin, which makes more of this “feel good” chemical available to send messages among nerve cells.

While that has a positive effect on mood, it also can affect appetite. “What we find is that these drugs can really increase cravings for carbohydrates,” Dr. Agarwal says. And since many forms of carbs are calorically dense, weight gain naturally follows.

What to do: Talk to your doctor about going on an antidepressant that’s known to cause the least amount of weight gain. Dr. Agarwal says bupropion (brand name, Wellbutrin) is a good option for many patients.

What to do: The good news is that you have plenty of options when it comes to birth control, says Agarwal. “Oftentimes, my patients find that low-dose estrogen pills or IUDs that don’t have hormones have no effect on their weight.” If you’re trying a new method, Agarwal suggests giving it one cycle and then talking to your doctor about another option if you’re noticing unwanted weight gain.

These blood pressure and migraine-prevention medications are known to cause a 5- to 7-pound weight gain, says Agarwal. In fact, one recent study published in the journal Cell Reports found that angiotensin-receptor blockers make metabolism sluggish and may lead to obesity.

What to do: “Typically, the first line of treatment for high blood pressure is a diuretic, so if you’ve been prescribed one of these medications, it’s probably because the diuretic didn’t work,” says Agarwal. If you’re on one of these prescriptions for high blood pressure, you may not have many other options for treating your condition, so it’s especially important to stay on top of the proven lifestyle tweaks that stave off weight gain, says Hall. “Eat a plant-based, low-sugar diet and get plenty of exercise and sleep,” she says. Taking these steps can go a long way toward countering any potential weight gain these meds can cause.

The key with this class of medications is to be on them for the shortest time possible to treat your condition, says Agarwal. “These medications tend to cause insomnia, increased appetite, and water retention,” she says—a perfect storm for piling on the pounds. Hall adds that in her experience, around 75% of patients who take prednisone (a common prescription steroid) for an extended period of time gain weight.

What to do: Ask your doctor to put you on the shortest, most effective dose you can take, says Agarwal. And while you’re taking a steroid, do what you can to prioritize good sleep (for example, avoid screen time a couple of hours before bedtime) so you have the best shot at sidestepping steroid-induced insomnia, which can prompt a big boost in your appetite.

If you pop an antihistamine every day to avoid seasonal or pet allergies, here’s reason to think twice: Research shows that chronic exposure to these over-the-counter and prescription allergy medications can cause weight gain—particularly in women.

“While we don’t know why, exactly, this happens, we think it’s because blocking histamine production in the body can make us feel hungrier,” says Agarwal.

What to do: Try alternative methods for allergy prevention and treatment, such as using a neti pot for nasal congestion and taking a supplement like quercetin, which may ease symptoms. Agarwal also recommends spot-treating your symptoms. “A lot of people take a pill when all they need is a nasal spray for their congestion,” she says. “Why give the entire body medicine when only one small part needs it?”