5 Things That Can Cause Vitiligo 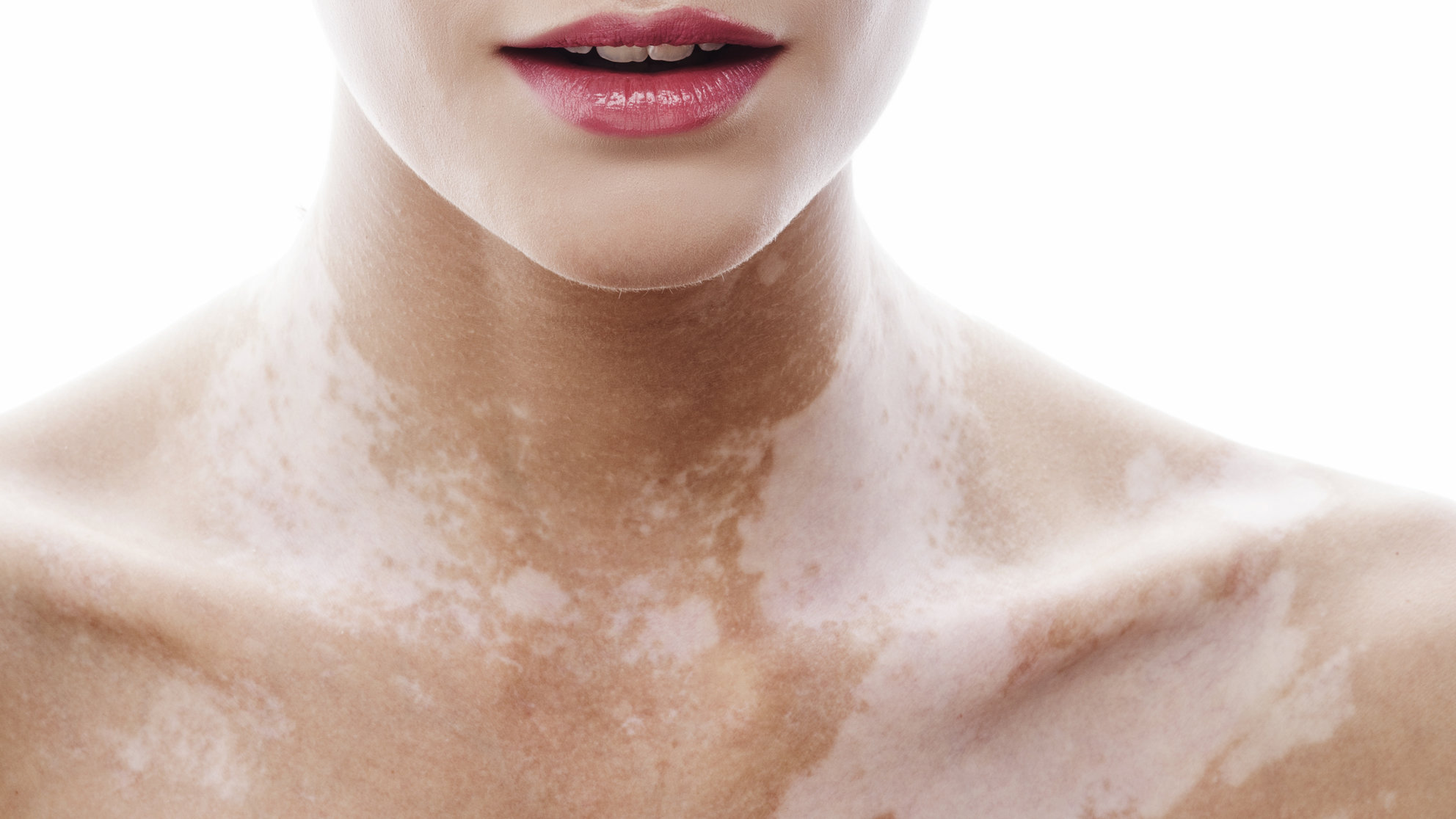 The color of your skin, hair, and eyes comes from a pigment called melanin, which is produced by cells called melanocytes. The skin disorder vitiligo, characterized by white patches of skin, happens when these melanocytes stop functioning.

“Vitiligo is a loss of pigment in the skin due to the destruction of pigment-forming cells called melanocytes,” says Michele S. Green, MD, a dermatologist with Lenox Hill Hospital in New York City.

The result is blotchy, uneven patches of white skin where the melanocytes have been destroyed. Vitiligo can affect not only your skin but your hair (including your eyebrows and eyelashes), the inside of your mouth and nose, and your retinas.

No one knows exactly what causes vitiligo, and there’s no cure for the skin condition either, but treatments are getting better. And the more we learn about the causes of vitiligo, the better treatments will become. Here’s what we know about vitiligo causes so far.

Scientists believe that autoimmunity plays a role in vitiligo. That’s when your immune system mistakenly identifies a part of your body—in this case the cells called melanocytes—as foreign and starts to attack them. People with other autoimmune diseases, specifically Hashimoto’s disease (which affects the thyroid gland) and alopecia (which makes hair fall out), are more likely to get vitiligo as well.

“Vitiligo is thought to be some autoimmunity resulting in damage and eventually killing of these cells,” says Henry W. Lim, MD, former chair of dermatology at Henry Ford Hospital in Detroit.

“We routinely check for thyroid function in people with vitiligo,” says Dr. Lim. “But treatment for Hashimoto’s would not affect the vitiligo.”

Vitiligo can run in families, but it’s actually not as common as you might think. “In the vast majority of vitiligo cases, there is no family history,” says Dr. Lim, who is also past president of the American Academy of Dermatology. While many people wonder if vitiligo is hereditary, it’s not yet possible to predict if you’ll develop vitiligo based on family members with the condition.

Autoimmune diseases in general, however, seem to have a genetic component.

In some people, physical trauma or stress to the skin like a sunburn or exposure to industrial chemicals seems to trigger vitiligo, or at least precedes it.

Vitiligo can appear exactly on the sites where there has been some kind of injury. “Exactly why that is the case is not known,” Dr. Lim says.

Like physical stress, psychological distress also seems to play a part in aggravating vitiligo, as is the case with many other skin conditions as well. Again, this relationship isn’t entirely understood.

What is known is that vitiligo, while not contagious or life-threatening, also causes significant emotional pain. “The effect is noticeable and quite disfiguring and, as you can well understand, it is psychologically very disturbing,” says Dr. Lim.

Oxidative stress is an imbalance in certain types of compounds—free radicals and antioxidants—involved in different physiological processes. The imbalance can be caused by exposure to UV rays, pollutants, or other environmental factors. The areas of your body that are affected by vitiligo are known to be the most vulnerable to oxidative stress.

This may pave the way for breakthroughs in treatment as scientists work on developing molecules that will block that pathway. “Significant improvements [in treatment] will be coming out in the next few years,” Dr. Lim says.

1 thought on “5 Things That Can Cause Vitiligo”