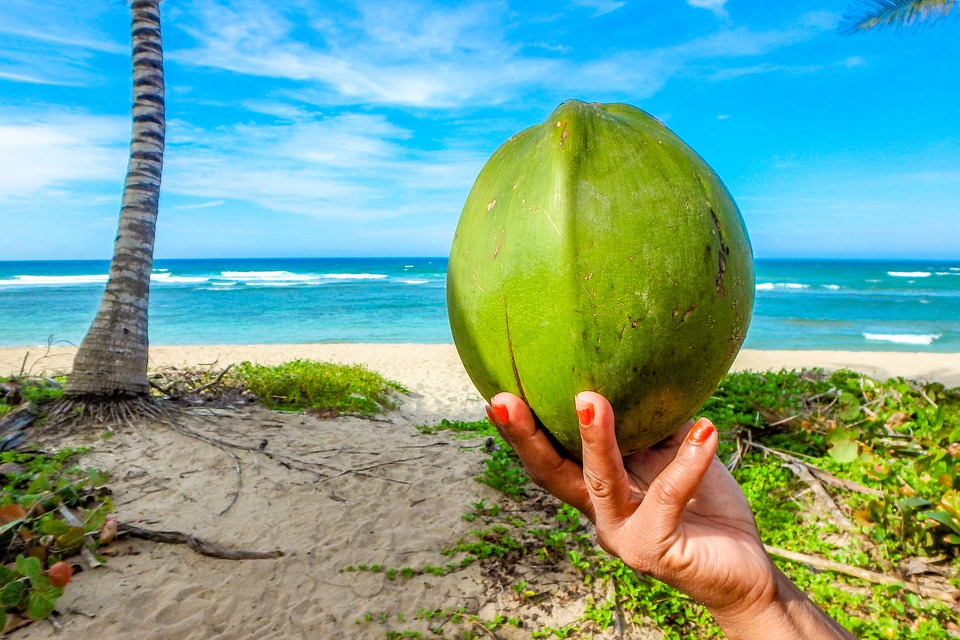 In recent years, coconut water quickly became a staple everywhere from health food stores to fitness studios, but it’s sweet, nutty taste isn’t for everyone. Do the nutrition facts back up the hype? Here’s what you need to know.

What exactly is in coconut water?

Coconut milk is actually made from a mixture of coconut water and grated coconut, adds Kacie Vavrek, R.D., an outpatient dietitian at The Ohio State University Wexner Medical Center. And coconut milk, which is thicker than coconut water, tends to be higher in fat and calories.

Coconut water is packed with nutrients and low in calories, since it’s mostly water (about 95 percent), says Axe. One cup of coconut water contains about 46 calories, almost 3 grams of fiber, 11 to 12 grams of natural sugar, and plant compounds and electrolytes such as potassium, sodium, magnesium, and phosphorus, says Vavrek.

“The electrolyte content depends based on the maturity of the coconut, so the amounts in coconut water may vary,” she adds. But it has especially high levels of potassium—”one cup contains approximately 600 milligrams or 12 percent of your daily value,” says Axe.

What health benefits does coconut water have?

Coconut water was shown to improve systolic blood pressure (the higher number of a blood pressure reading) in 71 percent of the participants in one study; that may be due to the high levels of potassium, “which helps to counteract the blood pressure-boosting effects of sodium,” says Vavrek.

Obviously, lower blood pressure can decrease your risk of cardiovascular disease, but there are other elements of coconut water that can also reduce that potential. “Coconut water helps to decrease total cholesterol and triglyceride levels,” says Axe. “And its magnesium content also seems to lead to improvements in blood sugar levels and reductions in oxidative stress, which are tied to metabolic syndrome/diabetes.”

And then there are its potential antioxidant powers. “We know that coconut ‘meat’ contains some amino acids and protein fractions that have antioxidant effects, such as albumin, globulin, prolamine, glutelin-1, and glutelin-2,” says Axe. “And studies focused on the content of cytokinins, or naturally occurring plant hormones that may help reduce the growth of cancer cells, suggest that coconut water may contain some anti-inflammatory and even anti-cancer properties.”

The price of coconut water tends to reflect it’s amazing properties, but most studies on the antioxidant properties of coconut water have been done on animals, so “more research is needed to verify them,” says Vavrek. And, for what it’s worth, you can also get most of the nutritional benefits of coconut water from a healthy, well-balanced diet.

You may have heard coconut water referred to as “nature’s sports drink.” Not only does it have fewer calories than most sports drinks, but it’s also naturally packed with electrolytes. “Electrolytes are needed to maintain normal blood volume and to prevent dehydration, plus they can help reduce fatigue, stress, muscle tension and poor recovery from exercise,” says Axe.

So, coconut can help prevent symptoms tied to dehydration resulting from water or electrolyte loss, such as fatigue, irritability, confusion and extreme thirst, he adds.

While coconut water could be a good rehydration option for you, remember that “the electrolyte content of coconut water varies widely throughout the maturation of the coconut,” says Vavrek. “Coconut water is also lower in sodium and sugar than athletes need for recovery and rehydration after exercise.”

In conclusion, don’t rely on coconut water alone to restore your electrolyte levels post-workout. You should be refueling post-workout with a recovery snack of protein, complex carbs, and healthy fats, which will help bring your energy levels back to normal and repair all that muscle you just put through the wringer.