The 7 Most Effective Anti-Inflammatory Herbs 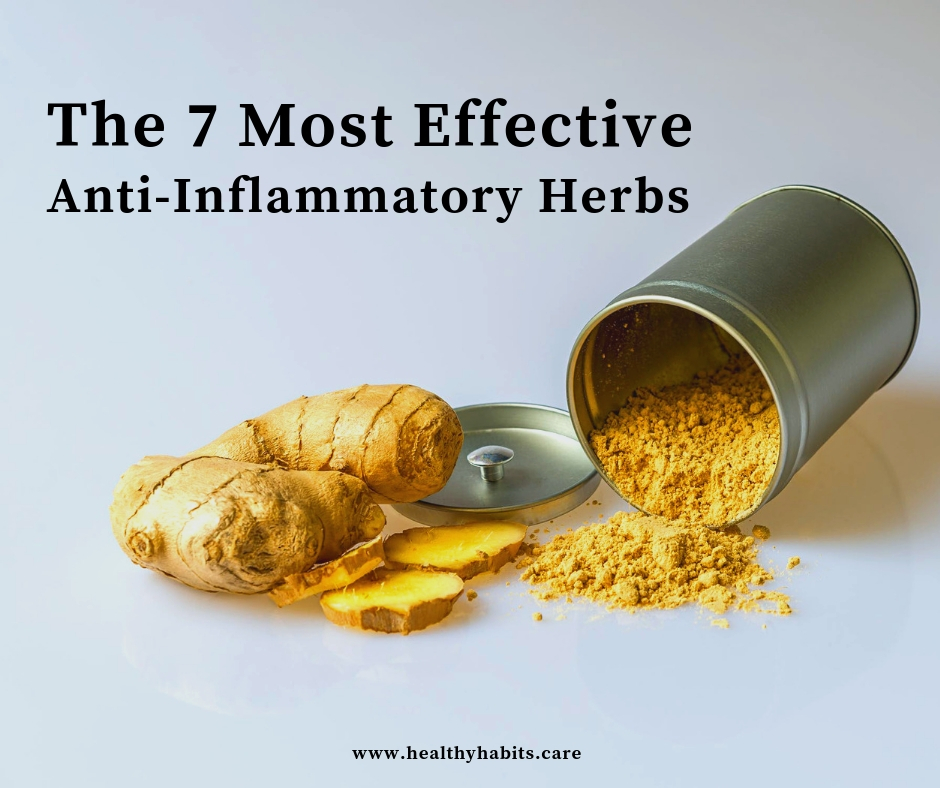 It seems like anytime you read about some sort of health issues, inflammation (a defensive mechanism your immune system activates automatically to deal with what it deems to be “foreign substances” in your system) is mentioned in passing if not the actual focus.

Aside from creating bodily discomfort through redness, heat, swelling, and pain, science continues to link inflammation to a slew of other mental and physical health issues such as depression, frailty in old age, and even contribute to a number of heart diseases.

It’s not surprising that battling inflammation has been a hot topic for quite some time now. Although there a slew of tactics you can use—some of the easiest and most potent to work into your daily routine are herbs. So, to find out what herbs you can use, integrative physician Jeffrey Gladd, MD, and Dana Nahai, RDN are here to help you out.

“For many people, ginger is considered somewhat of a super root. This comes from its wide variety of studied health benefits, as well as its availability in so many forms, from tea to powders, to edible options” Dr. Gladd says, adding “it’s a root with strong antioxidant properties that’s been shown to help support the body’s reaction to inflammation in a healthy way.”

One of the active ingredients of ginger is gingerol, a compound that’s in the same family as capsaicin which is found in another inflammation-fighting herb, chili peppers. Ginger’s anti-inflammatory properties are potent enough that numerous studies have found the herb to be as effective in reducing pain as over the counter painkillers.

“Rosemary has been extensively evaluated for anti-inflammatory action, especially related to its bioactive compounds carbonic acid and carnisol,” Nahai says. Rosemary has been shown to be especially effective in reducing inflammation in the stomach and bowel, so much so that a recent study found that it could potentially prevent tumors in the colon.

A pilot trial from 2005 also found that patients with rheumatic diseases (associated with chronic inflammation) who consumed rosemary saw noticeable decreases in inflammation using an index for inflammation presence. The study found that aside from reducing the presence of inflammation it also had a noticeable effect on pain relief.

As a common cooking herb, it can be easy to introduce more Rosemary into your diet and routine, though Nahai advises caution with large doses, “like other anti-inflammatory herbs, large concentrations of rosemary can act as a blood thinner.”

As far as inflammation fighters go, turmeric is among the most well known and it’s for a reason. “Turmeric is a root with powerful antioxidant properties that’s been used for centuries in India as both a culinary and medicinal ingredient. Most importantly, it contains curcumin, which has been shown to help promote a healthy response to inflammation” Dr. Gladd says.

Numerous studies continue to find that the curcumin compound found in turmeric is effective in improving inflammation even in conditions such as rheumatoid arthritis where it’s been shown to reduce joint swelling and stiffness. Turmeric’s health powers also see it helping prevent inflammatory bowel disease. 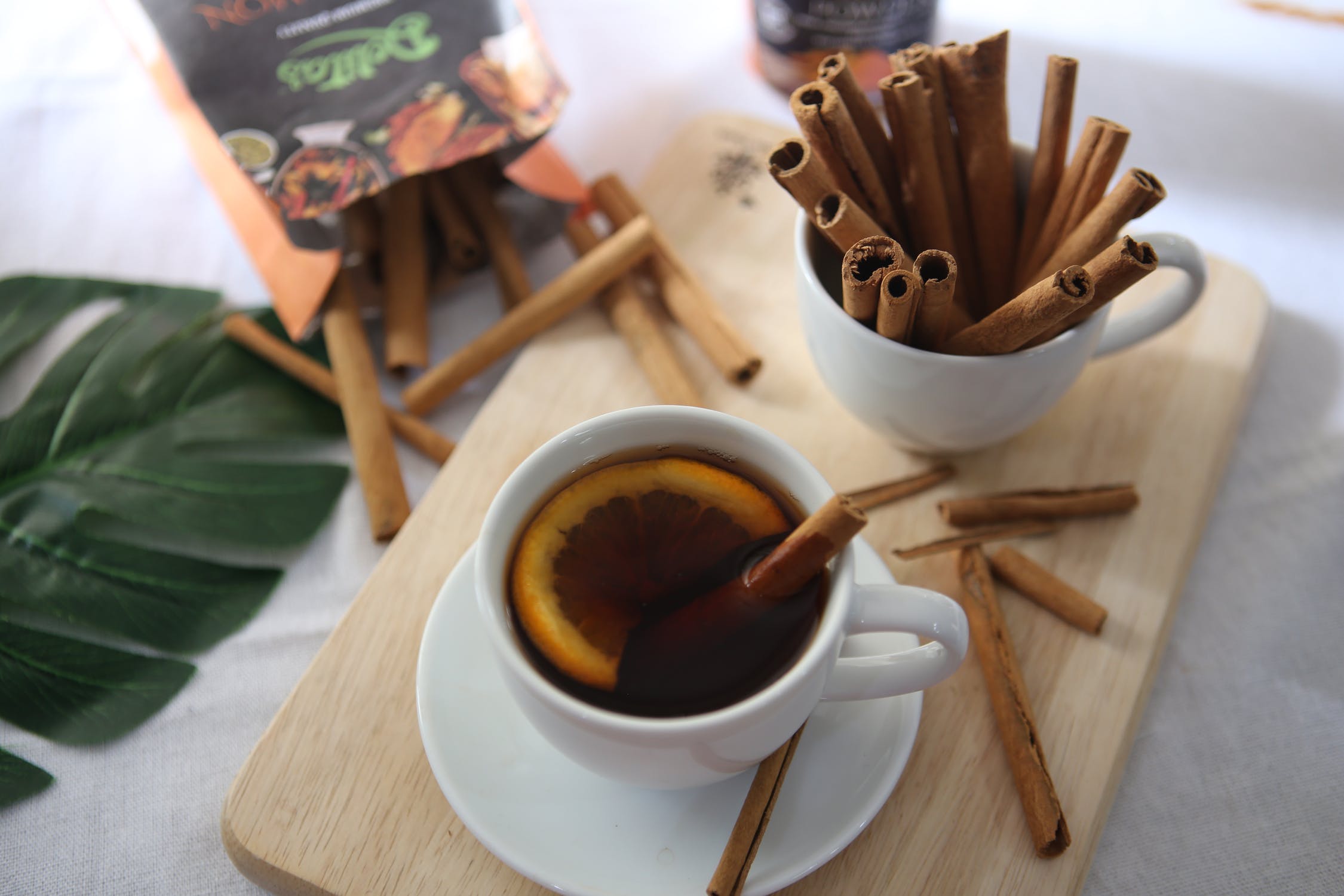 Dr. Gladd does caveat these results, however. “Cinnamon has also been shown to help lower blood sugar, so people who suffer from diabetes or who are concerned about their blood sugar levels should consult their physicians before considering supplementation,” says Dr. Gladd.

Yarrow, an herb commonly found in North America, is an easy way to get a dose of inflammation fighters in your system. “It’s prized for its anti-inflammatory properties, likely related to a concentration of azulene and salicylic acid within the plant,” Nahai says, adding that that chemical analysis of the herb “has revealed over 120 biologic compounds, displaying it as a nutraceutical powerhouse.”

Studies have found that Yarrow is useful for inflammation fighting both topically and inside the body. One study found that a weeks use of a topical yarrow cream had significantly reduced markers of inflammation and irritation on the skin. And when consumed yarrow has been found to help with inflammation-related ailments such as bowel irritation, menstruation pain, and more.

Since yarrow is also often used to help promote blood clotting, people with heart diseases, on prescription blood thinners, or that are pregnant should avoid the ingredient or consult a health professional before using.

One of the more under-the-radar inflammation reducers is fenugreek, a super herb commonly used in parts of Asia. “The leaves and seeds have been extensively researched, showing promise with reducing inflammation related to rheumatoid arthritis and heart disease,” Nahai says adding, “a recent study of individuals with type 2 diabetes showed a significant reduction in inflammation response when using powdered fenugreek seeds daily.”

But before working the herb into your wellness routine or kitchen, Nahai says to consult a trained clinician since it has blood thinning properties, which can be dangerous for people who are pregnant or suffer from heart diseases.

“Chili peppers contain an ingredient called capsaicin, which has been researched for its effects on pain relief and inflammation. Studies are still ongoing, but the initial results look promising,” Dr. Gladd says. At this time, much of the research done on chili peppers and capsaicin has been on rats but the continued investigation into the herb has found the presence of promising properties for reducing inflammation.

“Given that capsaicin is contained in hot chili peppers, however, people should be careful to not to consume too much, because in excess it can lead to stomach discomfort,” he adds. You can, however, find capsaicin in topical preparations that can help alleviate pain without the digestive ramifications. 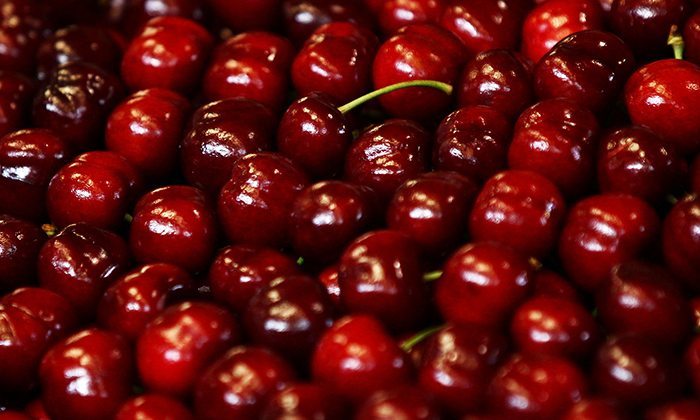 5 Meals to Eat (and 5 to Avoid) Right Before Sleep 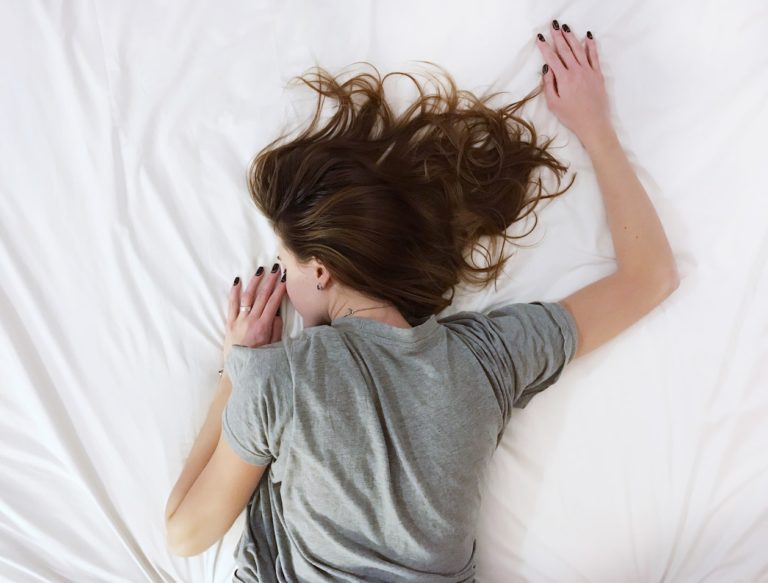 10 Foods That Will Help You Sleep Easier

The most common sleep disorder is, by far, insomnia. One in every 3 adults has occasional insomnia while one in every 10 has it chronically. Insomnia is normally a phase 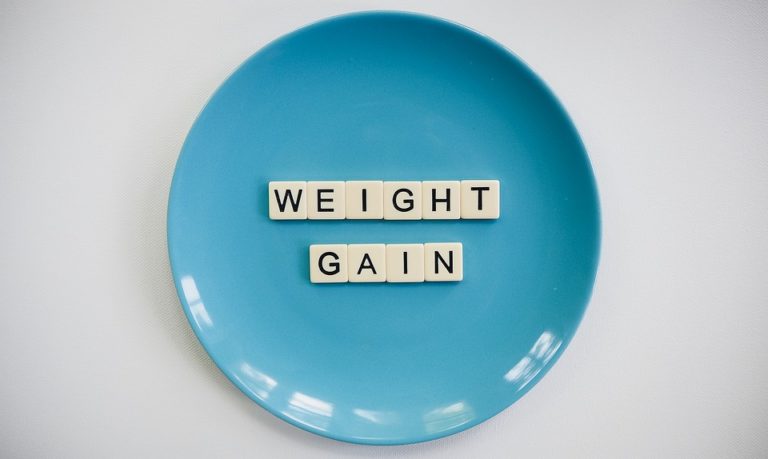 9 Things That Happen When You Don’t Drink Enough Water

From stopping belly bloat to warding off diseases, getting enough water is one of the most important things you can do, because your body depends upon water to function properly. 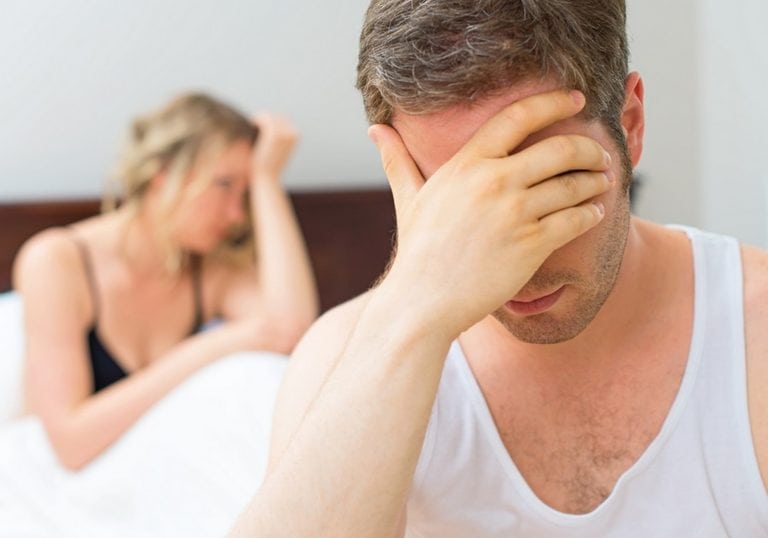 90 Percent of Americans Don’t Know They Have This Disorder – Do You?

Many health problems would go undetected if not for screenings. For example, victims of heart disease don’t realize the danger until they are in an ambulance. But this disease we 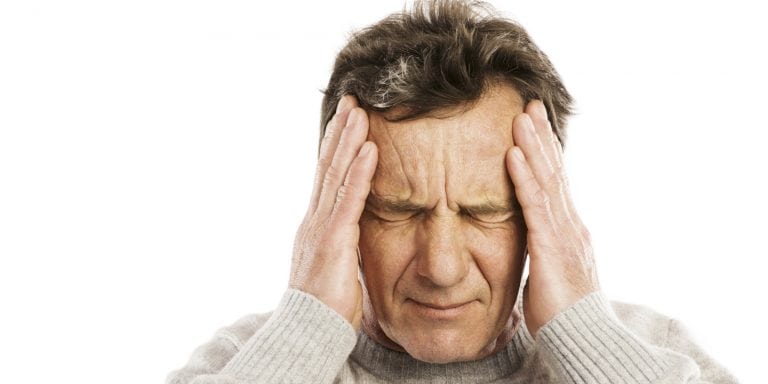 You probably know a heart attack represents the death of a segment of your heart muscle caused by a significant loss of blood supply. The blood is usually cut off 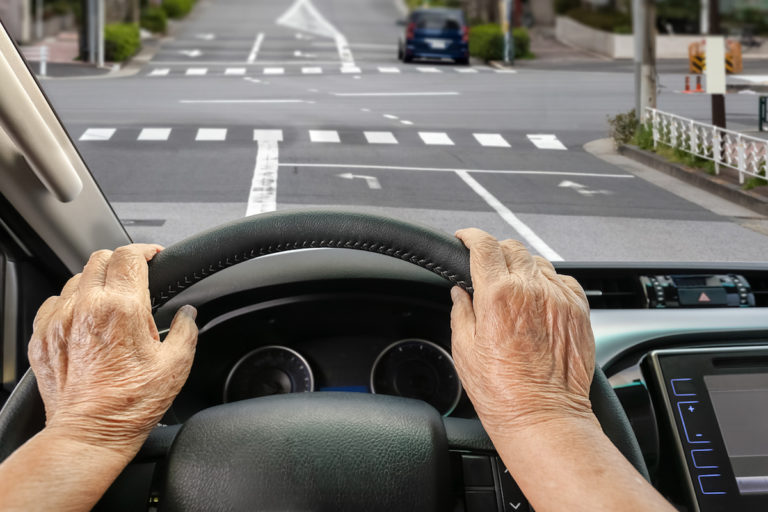 8 Early Signs of Alzheimer’s Disease to Be Aware Of

With grim prognoses and very limited treatments for Alzheimer’s disease, early detection hasn’t been particularly advantageous. But that may be changing—fast. One of the hottest areas of Alzheimer’s research involves 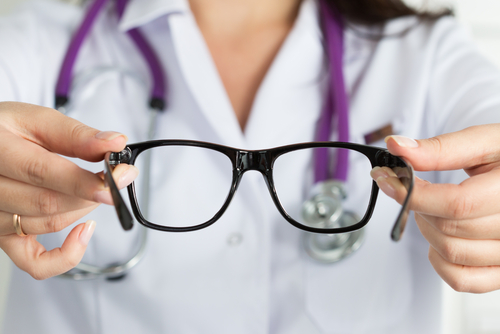 Regular eye exams are the very best way to avoid vision problems, even as you grow older. If you haven’t had an eye exam in over a year, schedule a 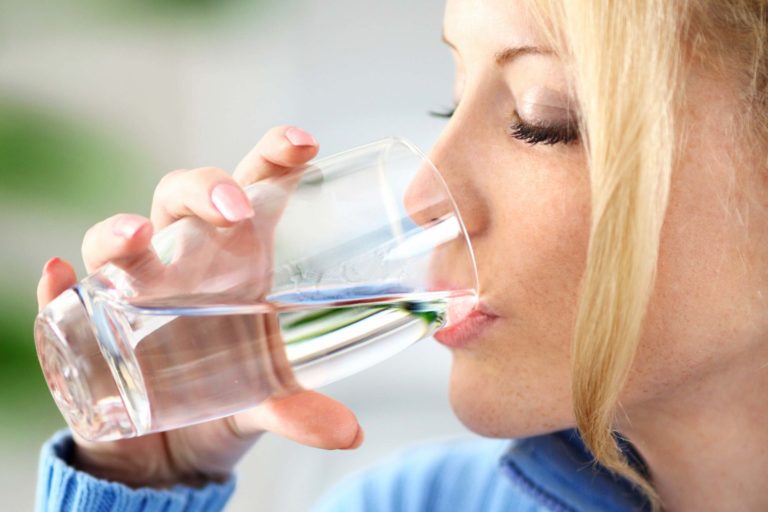 7 Common Things That Could Trigger Anxiety

Anxiety disorders are the most common mental illness in the United States, affecting 40 million adults—18 percent of the population—every year, according to the Anxiety and Depression Association of America.

6 Common Things That Make You Tired

From a messy desk to ‘toxic’ friends, these surprising stamina robbers may be making you tired. Your messy desk Being surrounded by heaping piles of paper and junk—either on your 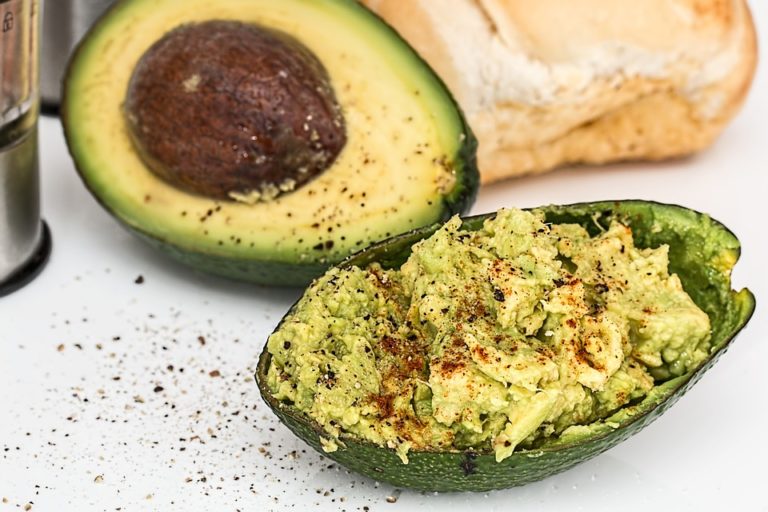 5 Tips to Make Great Carb Choices Throughout the Day

America has a weight problem, and research reveals it’s carbs as well as fat that contributes to obesity. However, since our bodies rely on carbs for energy, it’s important to 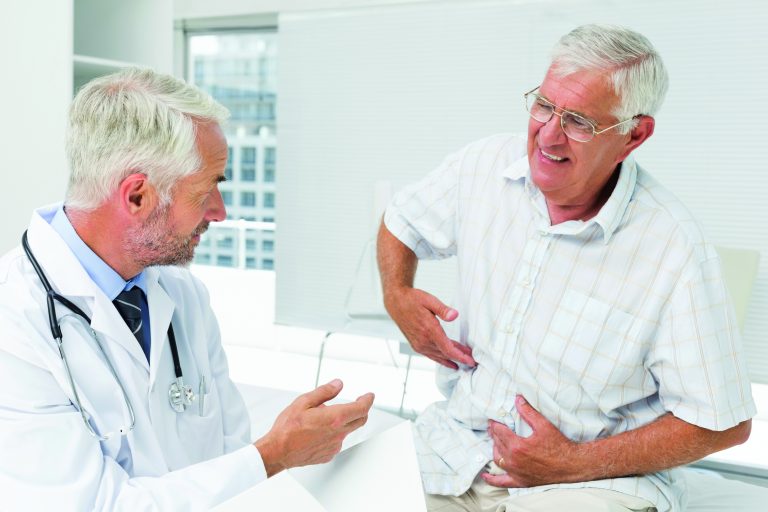 Hernias: Everything You Need to Know

A hernia happens when an organ pushes through an opening in the muscle or tissue that holds it in place. For example, the intestines may break through a weakened area 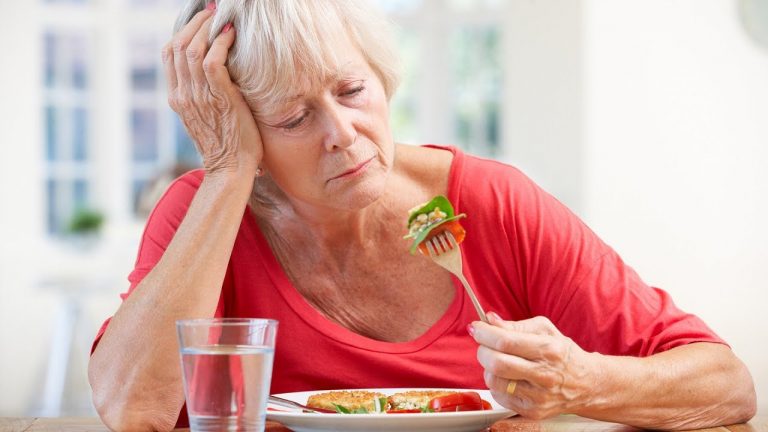 These Signs Show You That Your Kidneys Aren’t Working Properly

The function of the kidneys is extremely important for our health, as they filter 120-150 quarts of blood daily. Therefore, these organs, located below the ribs maintain the blood stable 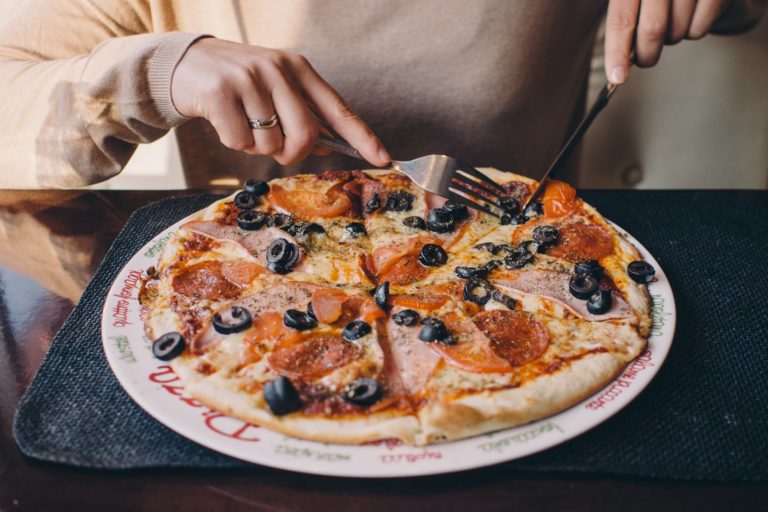 7 Things Your Indigestion Is Trying to Tell You

We all know that bloated, uncomfortable, nauseated feeling after eating something that doesn’t quite seem to agree with us. However, just because indigestion is a common health issue doesn’t mean 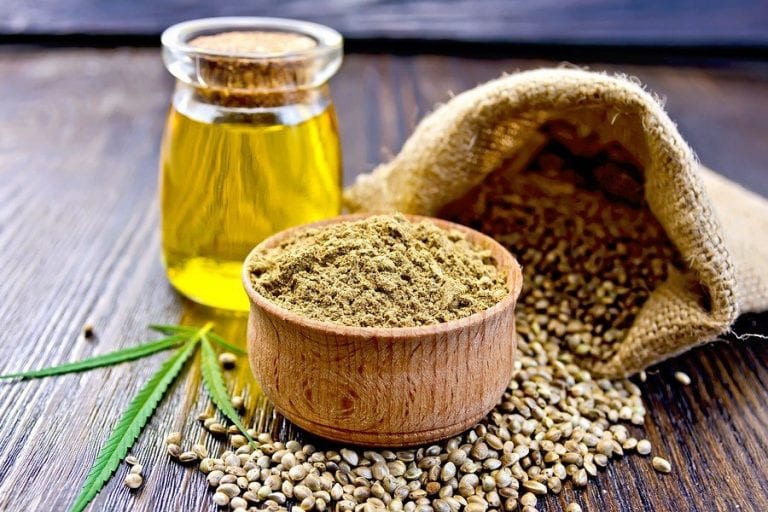 6 Vegetables That Pack More Protein Than Your Beef

If you don’t get enough protein, your health and body may suffer. You probably know that proteins are the main building blocks of your body because they are used to

This message is only visible to admins.

Error: An access token is required to request this resource.
Type: OAuthException
Solution: See here for how to solve this error

Early Signs and Symptoms That Your Liver Is Not Healthy

Early Signs and Symptoms That Your Liver Is Not Healthy

Add Healthy Habits to your Homescreen!